As the daughter of a pianist and an organist/Choir Director, I received a solid education in singing, piano and later violoncello. I have been performing on concert stages since early childhood and have gathered a wealth of experience in classical, jazz and pop music.

Between 1982 and 1988, I studied Jazz/Pop singing and classical violoncello at the Cologne Conservatory of Music (Musikhochschule Köln) and graduated with a teaching degree in Music Education. I am also a Certified Master Trainer (CMT) in the internationally

renowned Estill Voice Training System™ (EVTS™), have completed the “Cambridge Certificate of Proficiency in English” as well as completing training as a “Health Practitioner for Relaxation and Vitality” (Gesundheitspraktikerin BfG für Entspannung und Vitalität).
As a result of my multi-faceted education and experience, today my work covers a wide spectrum of music related businesses. I am a self-employed singer, vocal coach, vocal producer, co-producer, composer, lyricist and arranger. What’s more, I am also the co-owner of a professional recording studio.

As a singer, I have worked with:

As vocal coach, I have been hired by: 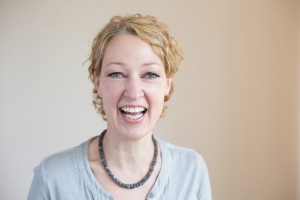 My work has brought me together with many interesting people from the music industry. Especially inspiring and impressive for me were co-productions with Bruce Swedien, sound engineer for Michael Jackson, Jennifer Lopez, Quincy Jones and a score of other stars from the Pop and Jazz scenes.

Not only do I love coaching others, I also love to sing myself. More Media...